Sermons & Reflections from the Deanery

More from the deanery

Checks payable to the Guild of St. Peter ad Vincula 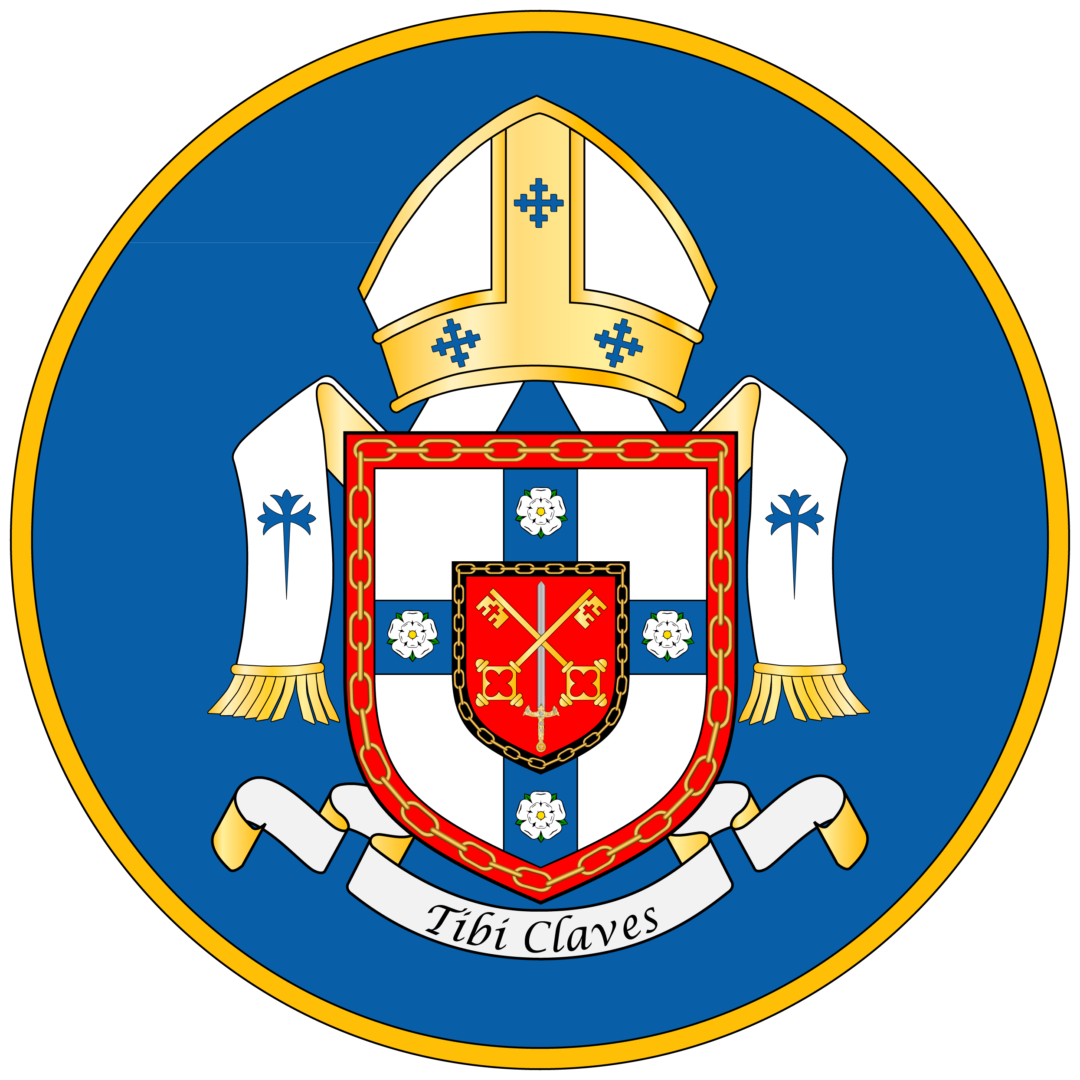 The Guild of St. Peter ad Vincula was established in 2014 as a congregation of Catholics working and praying together for the restoration of the traditions of the Church, primarily though the preservation of the authentic Catholic liturgy.

We declare our complete submission to the Roman Catholic Church, and seek to do our part to bring her back to her own unambiguous submission to the will of God. We remain ever mindful of the promise of His Divine Son that He will abide in His Church even until the end of time. We firmly believe all the truths of the Catholic Church as taught throughout her history, and are ready to die to preserve the integrity of this Faith. We take as our patron saint the first holy Pope and Bishop of Rome to whom Our Lord gave the keys of His kingdom. The See of Peter is now in chains, and we are anxious to answer the call of that same Angel who appeared to our glorious patron in prison, saying: "Arise up quickly. Gird thyself, and bind on thy sandals. Cast thy garment about thee, and follow me."

Membership is open to all Catholics who have the vocation to assist in this godly work. We have three tiers of membership: Our priests, who are dedicated to providing the traditional Mass and sacraments to the faithful; our religious men and women, who divide their time between prayer, chiefly in the common recitation of the Divine Office, and work in the active apostolate. Our oblates use their own particular talents to support the Guild's apostolate insomuch as their duties of life permit, at least by praying the Divine Office or one of the alternative forms of liturgical prayer suggested by the Rule.

Our aim is to provide peaceful and harmonious communities of priests, religious, and lay oblates where Roman Catholics who recognize that things have not been going well with the Church since Vatican II can rediscover their traditional faith and values and help provide an oasis of truth and prayer for all who seek God.

We have no interest in the polemics and never-ending divisions prevalent among so many who practice the traditional form of worship. Our aim is rather to provide a spiritual home for those fellow Catholics who seek to lay aside divisive trivialities and unite instead around the never-changing dogmas and moral values taught by Christ’s Church.

We therefore welcome to our Missions and Priories all those of good will, who, while they may vigorously hold their own opinions on matters yet undecided by the Church’s teaching authority, still recognize that other Catholics of similar good will may favor an alternative opinion. We support all attempts by those who confess the same faith and reject Modernism to try to find answers to the often vexing questions posed by the current situation in the Church. At the same time we reject any pretense of authority by elevating our conclusions to the level of “dogmas”.

This does not imply any weakness whatsoever in our defense of the actual dogmas and teachings of the Church which have been passed down to us undefiled since the time of the Apostles, and which have been defined and otherwise imposed as divinely revealed truth by the legitimate teaching authority of the Roman Catholic Church. By these truths we live, and for these truths we are prepared to die. 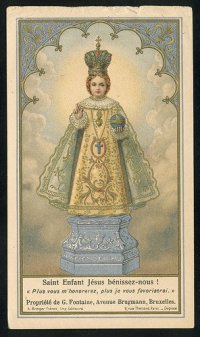 We remain Roman Catholic, with our allegiance to the everlasting Rome of truth and tradition, resigned in these unhappy times in which we live to submit ourselves entirely to the unseen Will of God. In the absence of legitimately authorized superiors, we count on God alone to bestow His blessings and approval on our enterprises, and we look to the powerful protection and guidance of Christ the King, as manifested in the holy innocence of His infancy. For this reason we have recognized in the Holy Infant of Prague the supreme expression of this absolute power absolutely incorrupt. We have remembered His words and etched them on our hearts, that “Except ye become as little children, ye shall not enter into the kingdom of heaven.” And we surrender our own will unto His, as with humble submission we call to mind the words of Isaiah the Prophet, who told of the day when “a little child shall lead them.”

Traitors in our Midst

Since the death of Pope Pius XII in 1958, and particularly since the end of the Second Vatican Council in 1965, it has become increasingly apparent to men of faith and good will that something very grave has transpired within the walls of the Vatican.  Our Blessed Lady at La Salette warned of these times, when she prophesied that Rome will lose the Faith and become the seat of the Antichrist.  Has it really gone that far?  Many people believe that it is in these times that we now live.  Others are less convinced that we have descended yet to these depths, but are nevertheless acutely aware that something is very, very wrong.  We know a tree by its fruits, and the fruits of Vatican II are empty churches, mass apostasy, and almost no vocations.  Our churches have been turned into ugly meeting houses, with doubtful sacraments, a club-like atmosphere, and watered down doctrines.  No longer receiving any trustworthy guidance from those ordained to protect us, we are left to our own devices.  Looking back at the fifty years since Vatican II, we cannot fail to be disappointed by our efforts so far.

From One Extreme to Another

Since Vatican II, many groups calling themselves Traditionalists have sprung up all over the world.  They all began with good intentions, and certainly, many souls have been led to a more godly life through their efforts.  But unfortunately, these early traditionalist groups quickly realized that they no longer answered to a higher authority.  This awareness of their new power proved too great a temptation for many, and the smoke of Satan drifted from the conciliar church into the traditionalist movement.  Some priests became morally lax, others sought to fill their pews for financial gain.  New ideas of what was authentically Catholic emerged, opinions which were elevated into dogmatic beliefs never sanctioned by the Church.  Groups separated into sedevacantists, others who sought reintegration with the new Church, and yet more who claim to recognize the Pope while resisting his authority.  To the extent they maintained and promoted the traditional Catholic Mass and the true Faith of our fathers, we must acknowledge the contribution of all these groups.  However, it is regrettable that so many became fixated on their own agenda, seriously damaging the very cause they claimed to promote.  Much too often, the faithful have been scandalized as division follows division and scandals abound.  Good people who just want to be faithful Catholics instead find themselves repulsed and disillusioned.  When they go to Mass they are criticized and humiliated by tyrannical or greedy clergy and "holier-than-thou" fellow parishioners.  They are denied the sacraments on mere whims, and bullied into paying homage to priests more interested in their own opinions and bank accounts than in the glory of God or the zeal for souls.  There are many good priests out there, but unfortunately their silent and prayerful apostolates are too often submerged in the swamp of scandal that the traditionalist world has come to represent

With the experience of fifty years since the new Mass was introduced, Catholics are finally recognizing that there is another more effective way of reacting to the apostasy of Rome.  The way forward lies in the acceptance of God's will, foretold by the prophecies of his Blessed Mother at La Salette and Fatima, and the understanding that the very difficult times in which we live must be handled by the Catholic principles of two thousand years, based on the the cardinal virtues of faith, hope and charity.  We keep the Faith of our Fathers, we hope for the restoration of that Faith to the leaders of the post-conciliar Church, and above all we maintain our love for God and our fellow Catholics, whatever persuasion they may have been enticed to follow.  This love is demonstrated chiefly by our commitment to serving the needs of these Catholics, particularly in what concerns the eternal salvation of their souls.  The Guild is thus committed to preserving the treasures of the Church, her true apostolic Mass and sacrificial worship taught us by our Divine Saviour, her moral precepts and values, and even her cultural pearls of architecture, music, and fine art whose beauty raises the soul to God.  Our work of preservation lies chiefly in the priestly works of providing the faithful with the source of these treasures, and to instruct and counsel the faithful according to the Church's ancient faith and time-tested principles.  It is now up to the faithful we serve to respond to the Guild's apostolate by joining us in our prayers that the modernists may be driven out of Rome, and that all these treasures of the Church may be fully restored.  Please help the Guild to help you! 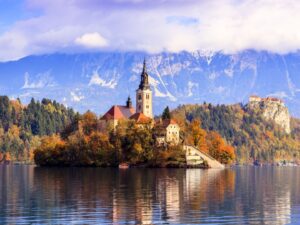 Featuring the Churches of Eastern Europe

To purchase copies of our traditional liturgical wall calendar for 2023, visit our online bookstore today!