Sermons & Reflections from the Deanery

More from the deanery

Checks payable to the Guild of St. Peter ad Vincula

When you shop at

Amazon donates a percentage to the Guild of St. Peter ad Vincula 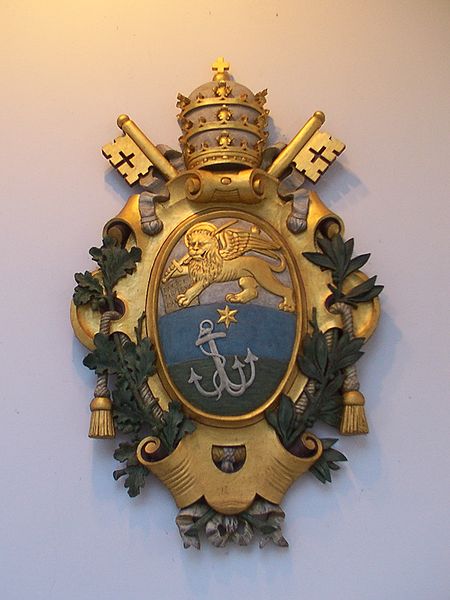 St. Pius X's reform of the Breviary in 1911 was long overdue.  The ranking of feasts and precedence given to any feast ranked double or higher over the occurring Sunday meant that the Sunday Mass was almost never taken from the Proper of the Season.  Green vestments were hardly ever seen.  Not only that but most of the psalms were never said, with weekdays indistinguishable from each other.

The Apostolic Constitution changed all that, distributing the psalter over the seven days of the week and giving precedence to Sundays over all feasts except those ranked Double of the Second Class and higher.  The result was a far more balanced liturgy, one based on the riches of liturgical tradition.  It remained in use until the initial assault on the liturgy by the freemason Annibale Bugnini who tricked Pope Pius XII into accepting the first modernist reforms, paving the way for the New Mass and "Liturgy of the Hours."

Servant of the Servants of God
For an Everlasting Memorial

It is beyond question that the psalms composed under divine inspiration, which are collected in the sacred books, have from the beginning of the Church not only contributed wonderfully to foster the piety of the faithful offering the sacrifice of praise always to God, that is to say, the fruit of lips confessing to his name (Heb 13:15), but have also had a conspicuous part, from custom introduced under the old law, in the sacred liturgy itself and in the divine office. Hence, as Basil says, that natural voice of the Church (Homil. In Ps. I, no. 2,) and the psalmody called by our predecessor Urban VIII (in Divinam psalmodiam) the daughter of her hymnody which is constantly sung before the throne of God and the Lamb, and which, according to Athanasius, teaches the men whose chief care is the divine worship the manner in which God is to be praised and the words in which they are fitly to confess him (Epist. Ad Marcellinum in interpret. Psalmor no. 10). Augustine beautifully says on the subject: “That God may be praised well by man, God himself has praised himself; and since he has been pleased to praise himself man has found the way to praise him (In Psalm. Cxliv. No. 1). 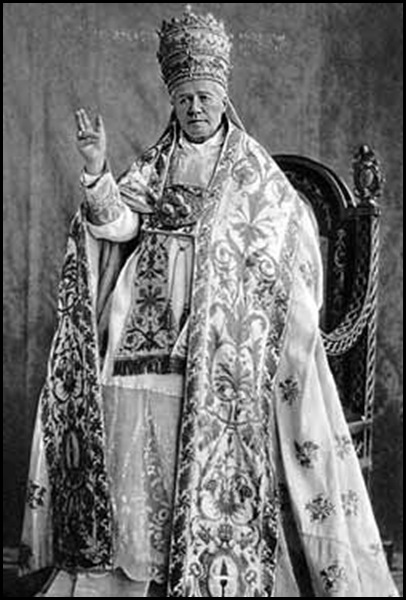 Besides, there is in the Psalms a certain wonderful power for stimulating zeal in men’s minds for all the virtues. For although all our Scripture, both the Old and New, is divinely inspired and useful for doctrine, as it is written, the Book of Psalms, like a paradise containing in itself (the fruits) all the others, gives forth songs, and with them also shows its own songs in psalmody (cantus edit, et proprios insuper cum ipsis inter psallendum exhibet). Such are the words of Athanasius (Epist. Ad Marcell. Op. cit. no. 2), who rightly adds in the same place: “To me it seems that the psalms for him who sings them are as a mirror in which he may contemplate himself and the movements of his soul and, under this influence, recite them” (op. cit. no. 12). Hence, Augustine says in his Confessions: “How I wept in hymns and canticles, deeply moved by the voices of your sweetly sounding Church! These voices poured into my ears and truth became clear in my heart and then feelings of piety grew warm within me and my tears flowed and it was well with me for them” (book IX, ch. 6). For who can fail to be stirred by the numerous passages of the psalms which proclaim so loudly the immense majesty of God, his ominipotence, his ineffable justice or goodness or clemency, and his other infinite praises? Who can fail to be inspired with similar feelings by those thanksgivings for benefits received from God, or by those trustful prayers for benefits desired, or those cries of the penitent soul for its sins? Who is not stirred to admiration by the Psalmist as he recounts the acts of divine goodness toward the people of Israel and the whole race of man and when he hands down the picture of Christ the Redeemer lovingly shadowed forth whose voice Augustine heard in all the psalms, praising or mourning, rejoicing in hope or yearning for accomplishment? (In Ps. Xlii., no. 1).

With good reason was provision made long ago, by decrees of the Roman Pontiffs, by canons of the councils, and by monastic laws, that members of both branches of the clergy should chant or recite the entire psaltery every week. And this same law, handed down from antiquity, our predecessors St. Pius V, Clement VIII and Urban VIII religiously observed in revising the Roman breviary. Even at present the psaltery should be recited in its entirety within the week were it not that owing to the changed condition of things such recitation is frequently hindered.

For in the course of time there has been a constant increase among the faithful in the number of those whom the Church, after their mortal life, has been accustomed to count among the denizens of heaven and to set before the Christian people as patrons and models. In their honor the offices of the saints began to be gradually extended until it has come about that the offices of the Sundays and ferias are hardly ever heard, and thus neglect has fallen on not a few Psalms, albeit these are, no less than the others, as Ambrose says (Enarrat. In Ps. I., no. 9), “the benediction of the people, the praise of God, the praising of the multitude, the rejoicing of all, the speech of all, the voice of the Church, the resounding confession of faith, the full devotion of authority, the joy of liberty, the cry of gladness, the echo of joy.” More than once serious complaints have been made by prudent and pious men about this omission, on the ground that owing to it those in sacred orders have been deprived of so many admirable aids for praising the Lord and expressing the inmost feelings of the soul, and that it has left them without that desirable variety in praying so highly necessary for our weakness in supplicating worthily, attentively, and devoutly. For, as Basil has it, “the soul, in some strange way, frequently grows torpid in sameness, and what should be present to it becomes absent; whereas by changing and varying the psalmody and the chant for the different hours, its desire is renewed and its attention restored (Regulae fusius tractatae, q.37, no. 5).

No wonder, then, that a great many bishops in various parts of the world have sent expressions of their opinions on this matter to the Apostolic See, and especially in the Vatican Council when they asked, among other things, that the ancient custom of reciting the whole psaltery within the week might be restored as far as possible, but in such a way that the burden should not be made any heavier for the clergy, whose labors in the vineyard of the sacred ministry are now increased owing to the diminution in the number of laborers. These petitions and wishes, which were our own, too, before we assumed the pontificate, and also the appeals which have since come from others of our venerable brothers and from pious men, we have decided should be granted – but with care, so that from the reciting of the entire psaltery within the week no diminution in the cultus of saints may follow, on the one hand, and on the other, that the burden of the divine office may become not more oppressive, but actually lighter. Wherefore, after having suppliantly implored the Father of lights and asked for the assistance of holy prayers on the matter, following in the footsteps of our predecessor, we chose a number of learned and active men with the task of studying and consulting together in order to find some way, which might meet our wishes, for putting the idea into execution. In fulfillment of the charge entrusted to them they elaborated a new arrangement of the psaltery, and this having been approved by the cardinals of H.℟.C. belonging to the Congregation of Sacred Rites, we have ratified it as being in entire harmony with our own mind, in all things, that is, as regards the order and partition of the psalms, the antiphons, versicles, hymns with their rubrics and rules, and we have ordered an authentic edition of it to be set up in our Vatican printing press and then published.

As the arrangement of the psaltery has a certain intimate connection with all the divine office and the liturgy, it will be clear to everybody that by what we have here decreed we have taken the first step to the emendation of the Roman breviary and the missal, but for this we shall appoint shortly a special council or commission. Meanwhile, now that the occasion presents itself, we have decided to make some changes at present, as is prescribed in the accompanying rubrics; and first among them that in the recitation of the divine office due honor, by their more frequent use, be restored to the appointed lessons of sacred Scripture with the responsories of the season, and, second, that in the sacred liturgy those most ancient Masses of the Sundays during the year and of the ferias, especially those of Lent, recover their rightful place.

Therefore, by the authority of these letters, we first of all abolish the order of the psaltery as it is at present in the Roman breviary, and we absolutely forbid the use of it after the 1st day of January of the year 1913. From that day in all the churches of secular and regular clergy, in the monasteries, orders, congregations and institutes of religious, by all and several who by office or custom recite the canonical hours according to the Roman breviary issued by St. Pius V and revised by Clement VIII, Urban VIII and Leo XIII, we order the religious observance of the new arrangement of the psaltery in the form in which we have approved it and decreed its publication by the Vatican printing press. At the same time we proclaim the penalties prescribed in law against all who fail in their office of reciting the canonical hours everyday; all such are to know that they will not be satisfying this grave duty unless they use this our disposition of the psaltery.

We command, therefore, all the patriarchs, archbishops, bishops, abbots and other prelates of the church, not excepting even the cardinal archpriests of the patriarchal basilicas of the city, to take care to introduce at the appointed time into their respective dioceses, churches or monasteries, the psaltery with the rules and rubrics as arranged by us; and the psaltery and these rules and rubrics we order to be also inviolately used and observed by all others who are under the obligation of reciting or chanting the canonical hours. In the meanwhile it shall be lawful for everybody and for the chapters themselves, provided the majority of the chapter be in favor, to use duly the new order of the psaltery immediately after its publication.

This we publish, declare, sanction, decreeing that these our letters always are and shall be valid and effective, notwithstanding apostolic constitutions and ordinances, general and special, and everything else whatsoever to the contrary. Wherefore, let nobody infringe or temerariously oppose this page of our abolition, revocation, permission, ordinance, precept, statue, indult, mandate and will. But if anybody shall presume to attempt this let him know that he will incur the indignation of almighty God and of his apostles the blessed Peter and Paul.

Given at Rome at St. Peter’s in the year of the incarnation of our Lord 1911, on November the first, the feast of All Saints, in the ninth year of our pontificate.